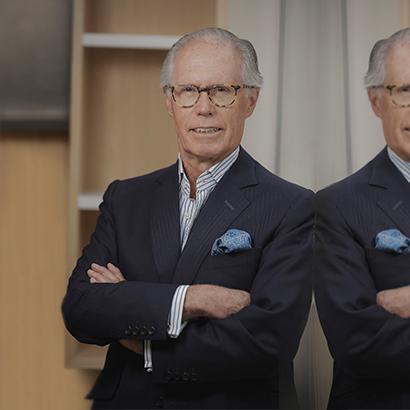 Senior Partner at Brigard Urrutia. Mr. Urrutia attended the Johns Hopkins University for two years of undergraduate studies, and then transferred to the Universidad de los Andes, in Bogotá Colombia, to pursue his legal education; he graduated in 1974 and obtained a Doctor at Law degree.

In 2014, he returned to Brigard Urrutia as Senior Partner.

During his 41 years career at the firm, Mr. Urrutia has advised clients in a wide variety of matters, concentrating in natural resources, aviation law, commercial law, banking, international financial transactions, arbitration and litigation, particularly in the context of complex cost overrun claims arising under construction contracts.

Brigard Urrutia has been involved in many of the most important transactions that have taken place in the past six years and has represented clients in landmark cases involving disputes before the courts and arbitration panels (national and international).

Mr. Urrutia’s clients are some of the world’s leading national and multinational companies, as well as banks and financial institutions with interests in Colombia.

In addition to Spanish, Mr. Urrutia is fluent in English and French.

Brigard Urrutia’s partner, he joined the firm in 1977.