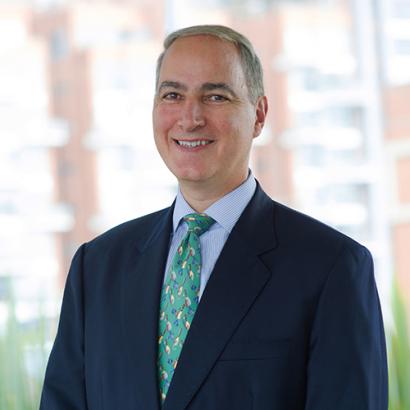 Member of Brigard Urrutia since 1991 and partner since 1994. With more than 30 years of extensive experience. Mr. Michelsen advises leading local and foreign companies in Corporate/M&A transactions as well as clients in respect of telecommunications, media and technology matters. He also counsels prominent families in connection with their private wealth.  Over the course of his distinguished career, he has consistently been recognized in Colombia and internationally as one of Colombia’s leading M&A and TMT practitioners. He has acted as lead counsel in many of Colombia’s largest and most complex transactions.

Among his most prominent transactions some of which have won the “Deal of the year” award in Latin America is the advice for SABMiller in the acquisition through a merger of Bavaria S.A., the second largest brewer in South America for US$7.8 billion, and the subsequent integration of AB InBev, he advise the French retailer Casino in the sale of a controlling stake in GPA in Brazil and Libertad in Argentina (US$ 1.8 billion) and advising Millicom International in its merger with UNE-EPM (valued at US$4.4 billion).

He has participated in transactions for a value in excess of US 60 billions along his professional career.

Mr. Michelsen received his JD from Universidad de los Andes and holds a Master's degree in Commercial Law from the University of Paris II, France. He also did an intensive course in Project Finance at the Euromoney Institute in New York and several negotiation and management courses at Harvard University. He has also been a professor and frequent lecturer in the national and international realm.

He has been consistently highly recommended by specialized researchers such as Chambers & Partners, Legal 500, Latin Lawyer, The Global Telecoms Business Guide, The World’s Leading Lawyers Who's Who Legal and The European Council Industry Report as one of Colombia’s most prominent lawyers in his areas of expertise.

In 2016 he was recognized by the Magazine Revista Dinero, as one of the favorite attorneys of big companies and as one of the most named attorneys as expert in mergers and acquisitions.

Mr. Michelsen is a member of the board of directors of some of Colombia’s most prominent companies such as Grupo Sura S.A., Grupo Semana, Itaú and Publicar and Fundación Cardio Infantil.

He also services on the boards of highly respected not-for-profit organizations.

Brigard Urrutia’s partner, he joined the firm in 1994.

Lawyer from Universidad de los Andes. He holds a Master's degree in Commercial Law from the University of Paris II, France.