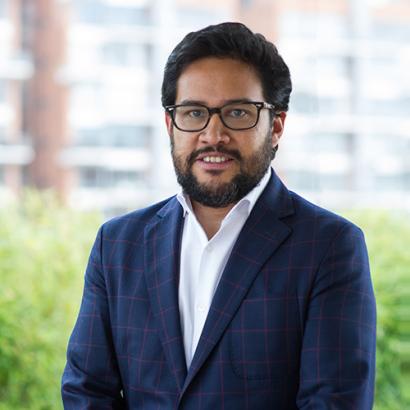 Mr. Quinche obtained his JD from Colegio Mayor Nuestra Señora del Rosario, has a degree on corporate law from Universidad de los Andes and an LL.M degree from New York University School of Law. He has been admitted to the practice both in Colombia and New York. Currently, he is also a Professor of Corporate Finance in the Colegio Mayor Nuestra Señora del Rosario, as well as in other Colombian universities.

Brigard Urrutia’s partner, he joined the firm in 2001.