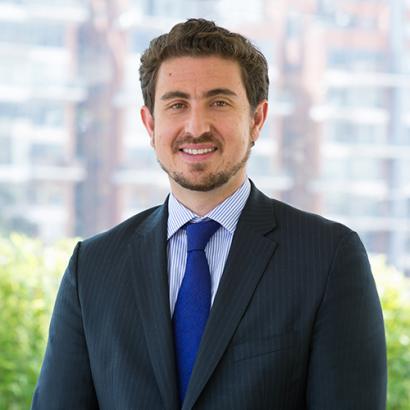 Mr. Laguado joined the firm in 2010 and is currently the chairman of the Corporate/M&A practice.  Mr. Laguado focuses his practice in advising clients in cross-border transactions across multiple industries and in advising private equity funds in their investments and divestments in the country, currently having counseled on transactions exceeding an aggregate amount of US$10 billion.

Some of the private equity funds that Mr. Laguado advises include Catterton Partners, MAS Equity Partners, Carlyle, Tribeca Capital Partners and Brookfield Asset Management, among others.

Before joining the firm, Mr. Laguado worked for three years as a corporate associate at Sidley Austin LLP in New York City, where he specialized in M&A, capital markets and finance, with particular focus in Latin America.

Brigard Urrutia’s partner, he joined the firm in 2010. He worked at Sidley Austin LLP as foreign lawyer.

Lawyer from Pontificia Universidad Javeriana. He holds a postgraduate degree in Commercial Law from Universidad de los Andes and an LL.M from Harvard Law School.